Another good action movie by the almighty Jerry Bruckheimer and the reliable Nicolas Cage. He’s one of the few actors in Hollywood that have the Midas touch that can savage the movie and the producer’s bottom line as well. He is charismatic, lovely, manly and emotional. His facial expressions are perfect, and even with very little room for emotion in between heavy actions, he still manages to show his soft side. That’s why we still flock to the cinema to watch his movies.

Having said that, this movie is not bad at all. It’s quite rightly paced, with enough actions to keep the audience entertained till the end. The ancient story of Merlin and magic and the good vs evil battle was brought to the modern time, and intertwined with the new story of teen love and modern physics, creating a new, interesting twist that is quite exciting. The unexpected pairing of the thousand year old Balthazar and the teenager Dave requires lots of patience on the former, luckily the master was quite understanding and forgiving of the later’s signature teenager’s unpredictability, lack of focus and annoyance, so they made up a good team and achieved what Balthazar has been living all these years for.

Dave is played by an upcoming young actor, who is quite little known, despite having starred in the recent “She’s out of my league”. In this movie, what he has to do is to act his age and be himself, and he has done quite well indeed. His childish behavior and reactions made me feel quite frustrated at times, but he was acting his age, he was cute and he was natural, so that made it acceptable. He portrays the image and emotions of a young teenager, with easy change of mind, high passion, full of love and a sense of responsibility that is often covered by laziness or annoyance, but still comes out in times of need. He has enough energy, and who knows, in a few years, he will be the next Shia Lebeouf 🙂

The pair are joined by an ensemble cast of villains and supports, including the talented Monica Bellucci as Veronica and the scheming Molina as Maxim. The teen’s love interest is also played by a little known charming actress, Teresa Palmer, from Down Under. She has appeared in a few movies before, with dismal impression. Hopefully, this will create a momentum for her to progress faster in her acting career.

As usual, for your movie experience, I will not drill into the plot, and try posting as many photos as I can find 🙂 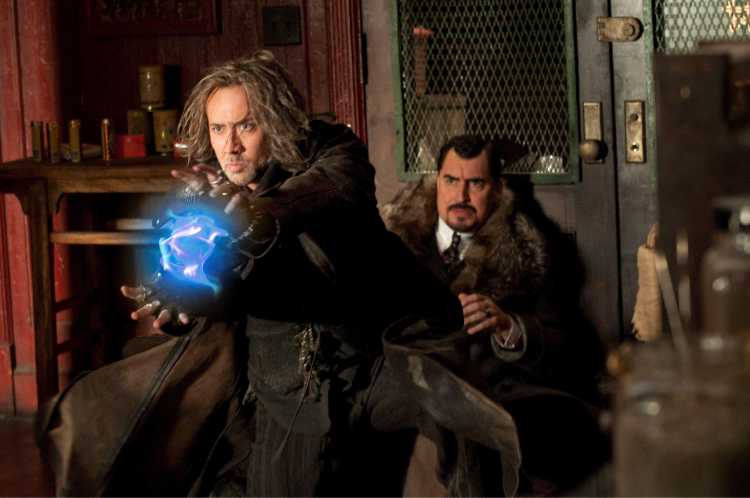 There were a lot of Kamezoko-style lightning bolt throwing stunts, which look quite fun and impressive. It really reminded me of the Dragon Ball comic (I mean the original comic, not the spin off movie, which was really a disaster). The sorcerers did not use wands, but they still needed some objects, such as rings or a baton, to transmit energy. And I love the reason why sorcerers always wear ugly looking pointed shoes 😛 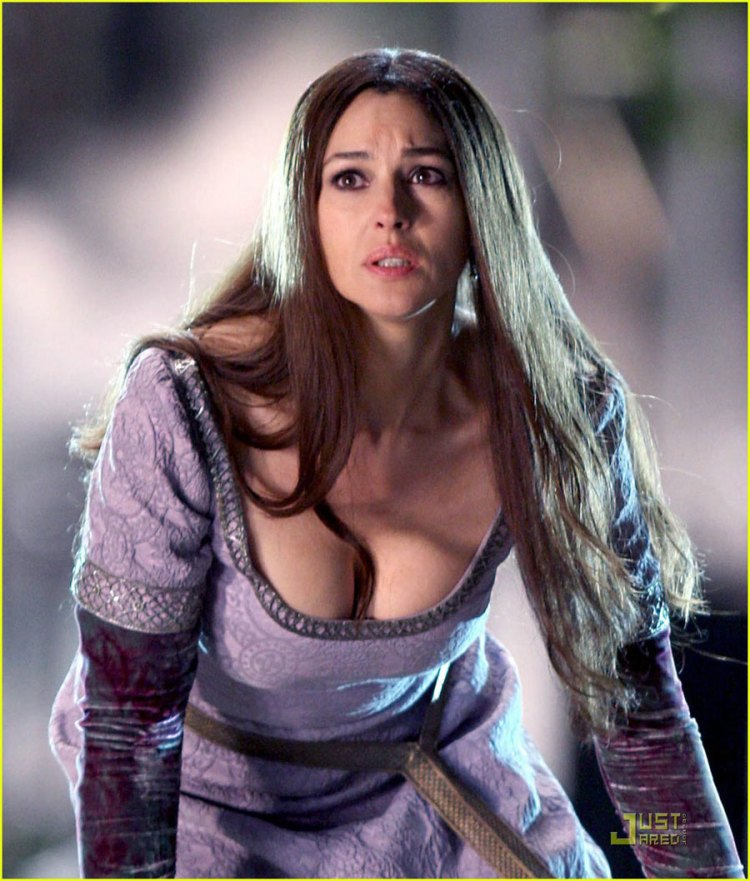 Veronica, the only reason why Balthazar has been trying in vain for more than 1000 years. 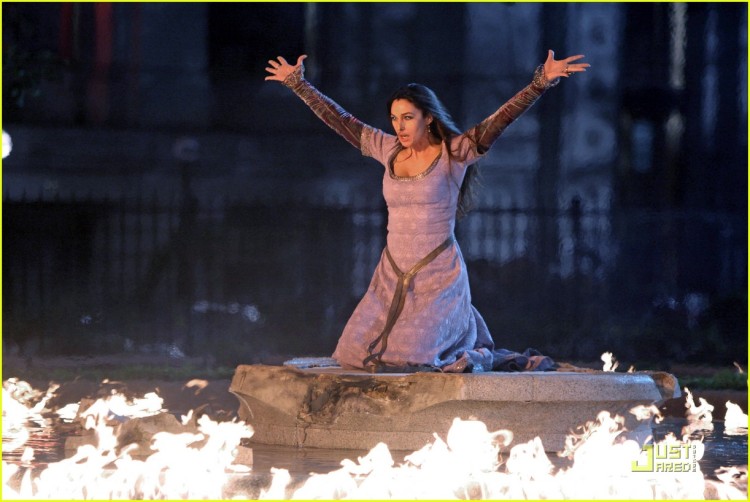 The deadly spell to summon the dead. The same spell was also found in Ghost Rider, and Lord Voldemort could easily do it to build his own army.

An Eastern style villain. Quite a show, but not much effect after all.

The dragon rings, which can recognize the Prime Merlinian. It will only take a while for it to appear on teens’ fingers, I believe.