Don’t get me wrong, I did not mean that this second instalment is not good. Actually, it is quite a bright spot among the movies released this year. It built on the good momentum of the first movie (Rise of the Planet of The Apes), and rode on it to take flight. 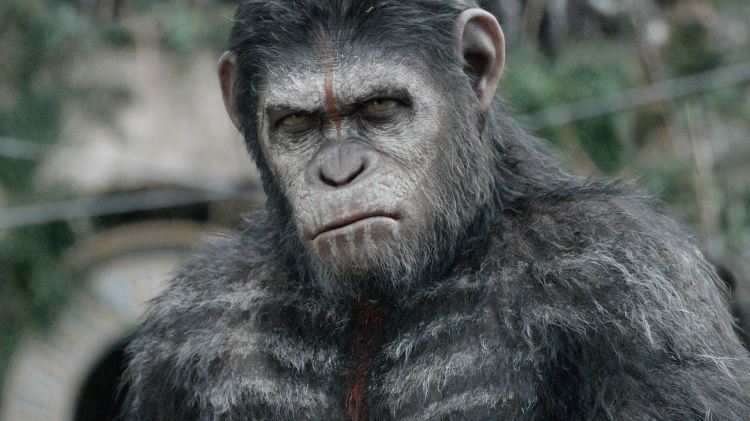 The story was the continuation of the first movie, where the fever virus released from the lab started taking it toll on the whole human race. The same virus that made apes become intelligent turned out to be lethal for human, so the rise of the apes also meant the demise of human, and the balance was challenged seriously in this movie, setting the stage for a great war for survival that would tip the scale once and for all.

If the first movie was a hit because of the lovely story of how Caesar grew up from an infant to become the king of the apes, and the lives of those who were connected to him, the second movie focused more on how Caesar led the pack to overcome challenges and fight for survival. There were ups and downs, pains and losses, and the end of the movie could not be called perfect even though it was the best ending that we could think of, based on the events unfolded in front of our eyes. 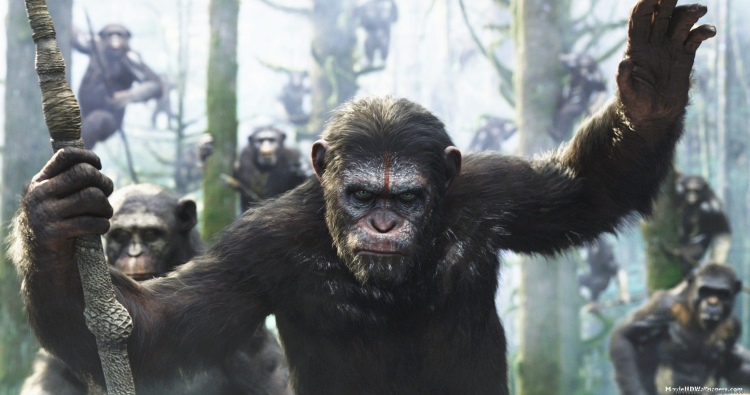 Like the first movie, the main attraction this time is the story. It was thick and multi dimensional, with multiple twists and turns along the way. There were surprises that were unpredictable, which made the movie more interesting as we were not really sure what would happen next. There were also touching moments that moved me deeply as I watched them unfold.

This movie introduced a new character, Blue Eye, who was Ceasar’s son. He was very much like Caesar, not only in his appearance, but also his heart and his line of thought. Indeed, he was a young carbon copy of Caesar. Therefore, it saddened me a great deal when I saw him stray from the path that his father would want him to trace, but fortunately his conscience finally helped him find the way back and prove his worth and show the values he possessed that would make him the next leader. In fact, without him, the story would be a lost cause and nothing could be salvaged even if Caesar could overcome the odds to come back to save his apes. Therefore, I could not wait to see Blue Eye featured more prominently in the next Apes movie, and I have a feeling that Caesar will be phasing out gradually to give the spotlight for his son to shine in future battles.

If you recall the first movie, one of the main selling points is the evolvement of the relationship between Caesar and his caretaker. In fact, that was the happiest period in Caesar’s life, and it shaped his attitude towards and his thoughts about human. He was willing to fight human to protect himself and his pack, but he did not hate human. He found human capable of doing great things, both good and bad, and it was that mindset that brought him lots of problems, almost killed him but in the end eventually saved him and brought him back to his rightful place: The leader. He respected human, for he knew human could do incredible things, especially when being cornered. If he was given the choice, he would always try to get far from human and not pick fight, just like what he had done at the start of the movie. Unfortunately the situation was pushed far beyond the point of no return, and he could not come back in time to put everything into order again. He won the battle, but the price was too high, both in terms of casualties for his pack, and the new path that they had no choice but to continue walking till the end, with great caution and carefulness.

This time, the villain is not a man, but sadly an ape. And it was no normal ape, but Koba, Caesar’s right hand man. I must admit that I never liked him, both in the first and the second film. Even though he seemed to have changed when we watched him in the beginning of the second film, he showed his true colour again when the situation happened and the human showed up in apes’ territory again. His hatred for human really blinded him and led him to do crazy things, and to risk losing everything and even the lives of his kind. To tell the truth, I hate seeing apes being slaughtered, so I really could not bring myself to have any pity or compassion on him.

Once again, it was proven that when the franchises went down too low, the only way to salvage it is to go back to its origin and remake it all over again. And maybe it’s a good idea to stop at three, unless you have a story strong enough to last you longer than that (think Harry Potter). I don’t know whether this one can last longer than 3.

Everything is good so far, and if the people behind it is not too greedy, they may want to close the curtain nicely, like what was done to the latest Batman movies, to leave a nice and lasting aftertaste and a good impression on the viewers so that they could give themselves a pat on their backs and move on to other projects with high spirit and great confidence.

“Dawn of the Planet of the Apes” Premiere presented by 20th Century Fox at the Palace of Fine Arts in San Francisco, CA on Thursday, June 26, 2014 (Alex J. Berliner/ABImages)

SAN FRANCISCO, CA – JUNE 26: (L-R) Andy Serkis and Keri Russell attend the premiere of “Dawn of the Planet of the Apes” at Palace Of Fine Arts Theater on June 26, 2014 in San Francisco, California. (Photo by Steve Jennings/WireImage)