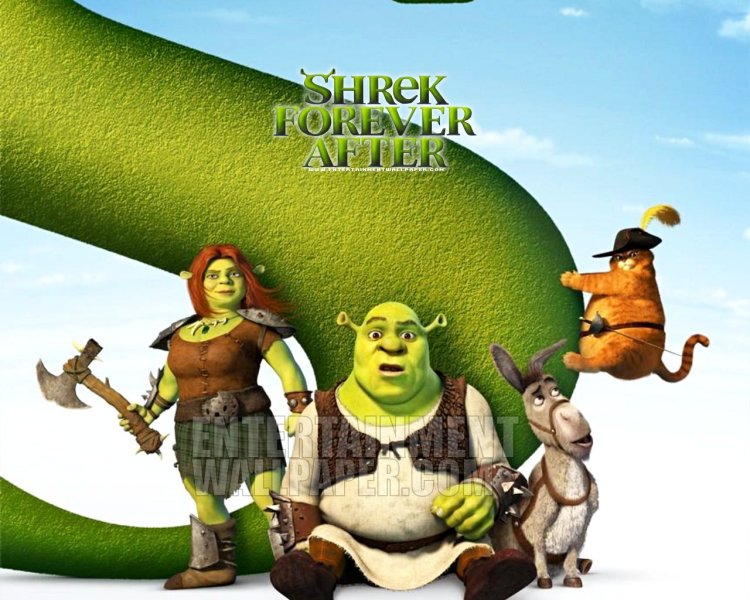 Shrek is back, and with a vengeance. Shrek The Third was a disaster itself, so disastrous that after watching it I did not think Dreamworks would both coming up with another installment, leaving the franchise to end with that sour note (The same situation has happened to many Hollywood movies, so that was nothing surprising indeed). However, they have been braver than I thought. They collected the pieces, sat back and took time to brainstorm the idea really hard, and finally came up with what I will call a worthy ending and a redemption for the lovely green monster. 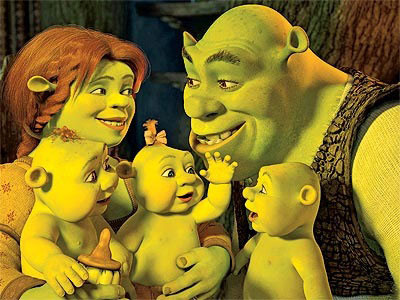 The story continued with Shrek and Fiona and their three children, which look really cute and very much the same. Once again, it dig deep into the life of the ogre couple, their conflicts and their quarrels, but unlike the third movie, this time the conflicts lead us to an exciting direction, and introduce new characters, which was really a boost that makes the story new and fresh and less predictable.

This time, Shrek had to face a quick witted, smart and cheeky villain who knew how to hit his opponents right on their weakest points. Disguised himself as a good dealer who offered bargained deals that brought happiness to his clients, he silently arranged things and lined up chess pieces to get his desired formation and to open the door to his ultimate goal: Becoming ruler of Far Far Away. I have to admit that I enjoyed watching him execute his plan, his schemes and they way he achieves his goal. He was cunning and a schemer, but nobody can deny that he is smart, and it will take more than brute force to kick him out of his throne.

Another exciting thing about this forth movie is the creative minds of its creators. Thanks to their creativity, we had the chance to see the familiar characters differently: A big fat cat, a strong and heroic Fiona, and a lost Shrek who was determined to find the way back to happiness, the happiness that he only realized when it was almost too late and things seem to have fallen from his hands.

The fat puss is very cute 🙂 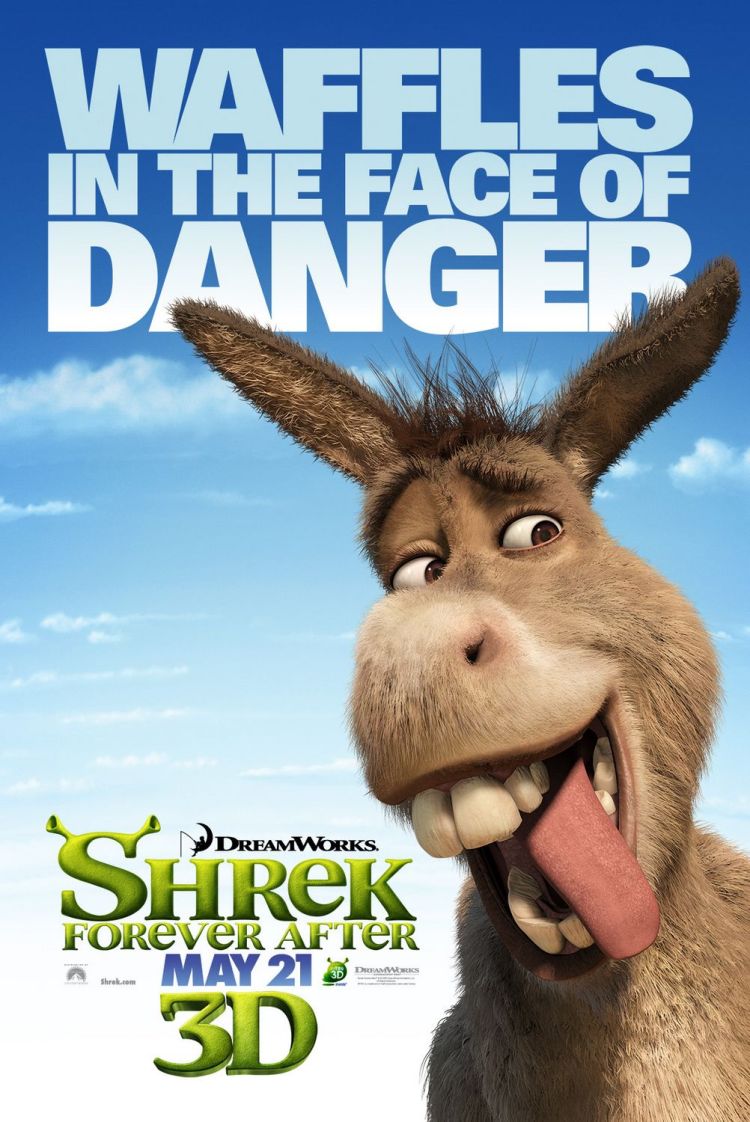 Although not the main character, Donkey is really irreplaceable in this movie and he helps to add fun, excitement and surprises to the whole move experience. 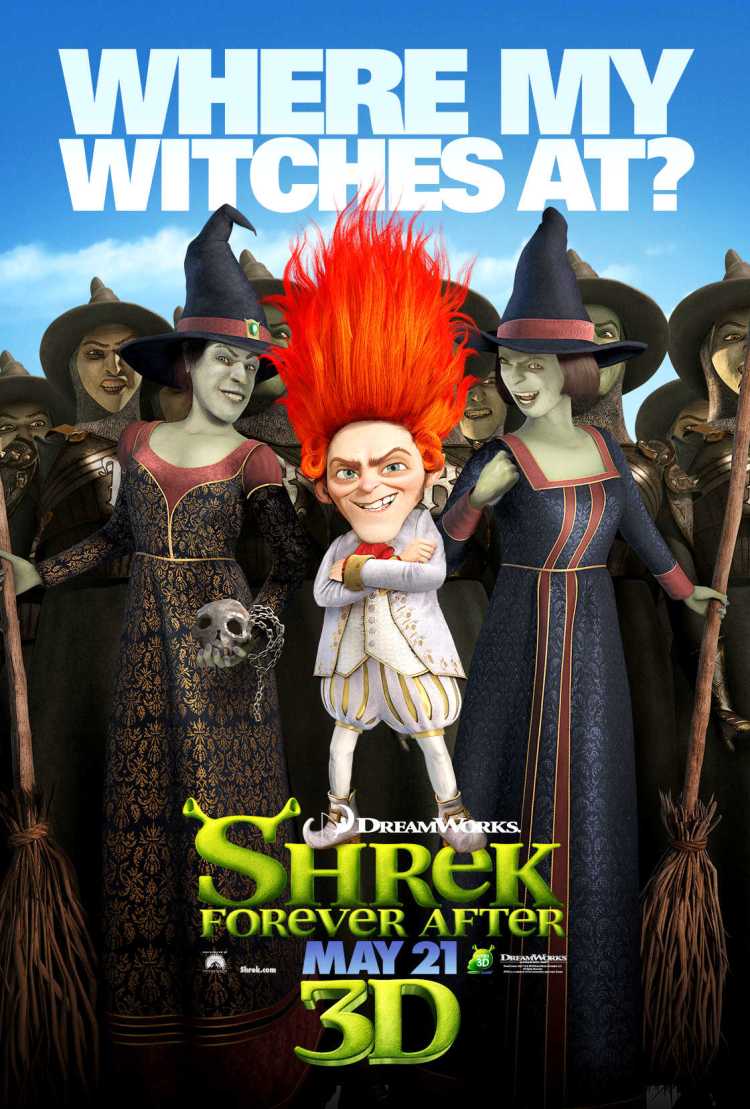 Shrek is finally meeting his worthy opponent, and it takes more than dumb luck for him to make everything the same again. 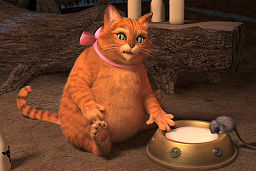 The lazy puss. I could not stop laughing when seeing him with pink bow tie and sharing the milk with a mouse. So hilarious.

Poor Shrek. One crazy moment and he was lost, not knowing what had happened and desperately trying to set things right again.

His annoying but happy family was on the verge of a total collapse and he had very little time to fix his mistake.

You can see the shock in his eyes when he realized that everything had changed more than what he asked for.

Fortunately, just like other fairy tales through the ages, everything ended well and the ogre family lived happily ever after 🙂

The voices that blow life into the characters 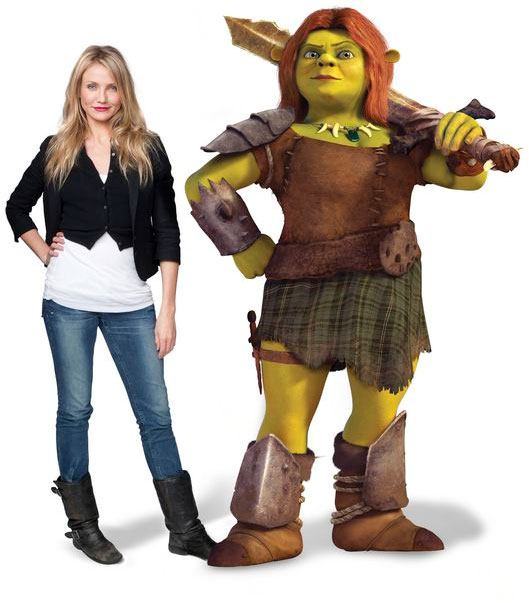